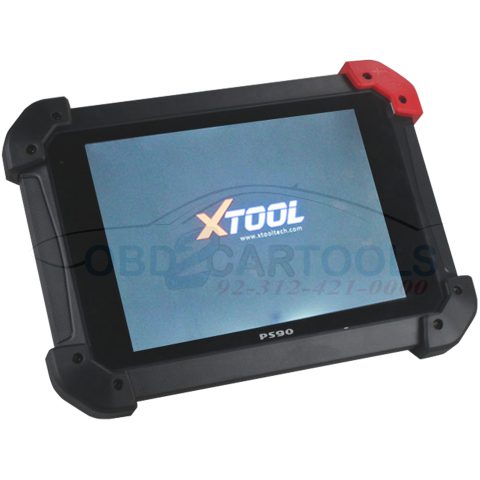 Availability: Out of stock

Software is updated on official website free for one year.

1) Brand New from Xtool!
The all new Xtool PS90 Diagnostic Scan Tool provides incredible dealer level diagnostics at an affordable price for many small to large workshops. The features and coverage provided by the Xtool PS90 will leave others for dust. Connection between the diagnostic plug and the scan tool is done wirelessly making the process even more effortless. Scan all systems, modules and even programme new keys, the depth to the Xtool PS90 is massive.

2) Powered by Android
Xtool PS90 is a Pro Level scan tool with the added benefit of being a powerful tablet. Scan vehicles, reply to emails and surf the net all from the same device. Another fantastic new feature is the ability to send any issues with the unit or vehicles directly to the Xtool Engineering department from the built in help section. Connect wirelessly and be directly in touch with the manufacturer. Send them photos from the built in camera! Wifi also makes updates an easy process, unlike some tools.

For Australia Ford and Australian Holden, this two brand is under development. XTOOL company will release this two vehicles in the future.

Language version of the vehicle system software is currently released for English, Russian

This version (V1.01) issued the following:

This version (V9.65) issued the following:

Before buying devices & tools, please ask which car you want to use the device on. We shall not be held responsible if the tool does not work on an unsupported car.
< >
feedback
Top